How Email Took Over The Business World: Part 1 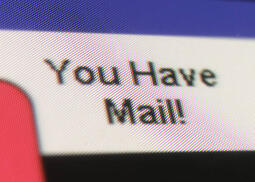 Email has taken over the way we carry out daily business and has brought with it a plethora of compliance regulations and challenges for the IT department. But how did email rise to be such a powerful communications medium? Who invented it? Let’s take a brief history lesson.

Electronic mail was the inevitable use of networked communication technology that developed along with the rise of the “Internet”. Message sharing wasn’t new when email was born. As long as there have been “timesharing” computers, message exchange in one form or another has existed.

Network capable email was created for the “ARPANET” shortly after its creation, and these days it’s the most powerful form of email technology used on the Internet today. Check out this timeline to find out what happened in between:

These could run more than one program at once, and many research organizations wrote programs to exchange text messages and real-time chat between different computers.

While developing the TENEX operating system, Ray Tomlinson was working with local email programs called SNDMSG & READMAIL. In late ’71, he created the very first ARPANET email applications when he made a major update to SNDMSG. It was capable of copying files over the network, and told users about the copy by sending an email to its users. To create addresses, he chose to use the “@” symbol, in order to combine user and host names. The email address was born!

MAIL and MLFL were added to the FTP program in order to provide some standardization for email transmission. The FTP sent a separate copy of each email to each recipient and provided the same ARPANET email functionality until the early 1980’s when the SMTP protocol was created. SMTP provided the ability to send one message to a single domain with more than one addressee.

This series of blog posts are to promote the launch of the newly founded "Museum of eMail and Digital Communications". If you are interested in attending the launch (online) pleases sign up here.