How Email Took Over The Business World: The Communications Evolution Part 2 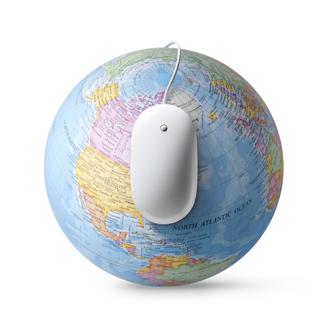 In our previous blog, we discussed how email has taken over the way we carry out daily business. With it has come a huge amount of regulatory burdens and challenges for IT staff. But how did email rise to be the dominating communications platform? Who invented it and how did it develop? We looked at the timeframe from the early 1960’s to the 1970’s (Timesharing computers, SNDMSG & READMAIL) in Part 1 of this blog series. Today we’re going to go a little further.

Recap: electronic mail developed as an inevitable use of communications technology that came with the rise of the Internet. Message exchange has existed since the time of “timesharing” computers. The first “ARPANET” email application was created in 1971.

In 1972, the director of ARPA was Steve Lukasik, and he asked Lawrence Roberts to improve on READMAIL, which annoyingly required messages to be read in order, with no abilities to save or reply. Roberts wrote “RD” in a weekend as a collection of Macros in the Tenex text editor program. This new program included the abilities to order inbox messages, read them, save them, delete them, etc. The defining thing about RD was that it wasn’t about research- it was about email management and solving its problems. This is a theme that still dominates email development today, from storage and handling, to email archiving.

BANANARD was developed when SNDMSG and RD were merged into an independent program called WRD. This was the first program to integrate the reading, sending and user-friendly attributes into the same application.

Message forwarding was invented with the new MSG program, an improvement on BANANARD that had powerful features like a configurable interface, and an answer command that created properly addressed replies. MSG is probably the first modern email program ever created. After this, email use exploded in the short space of 6 months.

As we follow the development of email as a communications tool, we’re starting to appreciate the rapid expansion of email use that’s still happening today. Email is becoming harder to manage and presents new challenges for email archiving as we move into the future. Stay tuned for the final part of our series of the history of email archiving, coming soon!

Sign up to the launch of "The Museum of eMail and Digital Communications".