How Email Took Over The Business World: The Communications Evolution 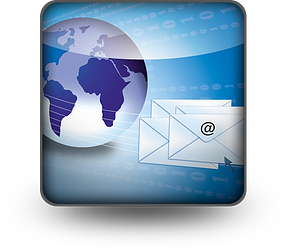 We’ve been taking a look back over the history of email as part of our museum series. Today, we conclude with email as we know it: the communications platform that has taken over daily business life. It’s had such a huge impact on the way we do business, and has certainly been a blessing at times. It’s made communicating more efficient, of course, but still has brought with it it’s own problems. Compliance, for example, is a minefield in terms of email.

We’ve looked at who invented email and how it’s developed. In the first part of this series, we looked at the 60’s and 70’s, the era of timesharing computers, SNDMSG and READMAIL. Electronic mail developed along with the rise of the Internet, and message exchange in this line of thought has existed since the time of “timesharing computers”. The first “ARPANET” email application was created in 1971.

Email use exploded after the invention of MSG. Over about 6 months, it became the only thing tech heads could think about. Email had become more about the conversation than the simple sending of a message.

In 1975, the DARPA program manager Steve Walker started a project at RAND to develop an MSG-like email program for the UNIX operating system. The result was a system that supported multiple user interfaces, and was very powerful, if slow. After further development, MH was born. It is still the standard mail application for the Unix environment today.

A leap forward for email

In 1978, a project was developed for the US Army to develop a capability to relay email over dial up telephone lines, when sites couldn’t directly connect to the ARPANET. Sound familiar? Most of us remember dial up and this was the start of it. At the same time, Sendmail was created in California. This has gone on to become one of the most commonly used SMTP servers on the Internet.

In 1988 Vinton Cerf arranged for the connection of MCI mail to the NSFNET through the Corporation for the National Research Initiative for experimental use. This was the first commercial use of the Internet. In 1993, America Online and Delphi started to connect their own email systems to the Internet, and the age of modern email was born.

The history of email goes back a lot longer than most of us would think. With it’s development has come all sorts of privacy concerns and compliance issues. These days, there are email archiving solutions to help deal with email compliance issues, however. These facilities are probably something that the users of the first “timesharing” computers could have scarcely dreamed of.

Sign up to the launch of "The Museum of Email and Digital Communications" to learn more about the history and future of email.