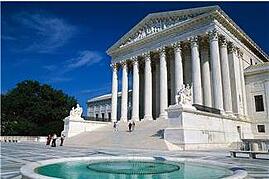 We hear so much about compliance and various acts in the archiving world, but do we really understand them all? Today we’re going to take a look at one of the most commonly mentioned acts, the Sarbanes-Oxley Act of 2002.

Sarbanes-Oxley compliance is a common name that refers to compliance with the Public Company Accounting Reform and Investor Act of 2002 (try saying that fast!), and it is known as Sarbanes-Oxley for short. It was sponsored by Senator Paul Sarbanes and Rep. Michael Oxley, hence the name. The act was created as a response to a series of corporate fraud scandals and issues.

What was one of the biggest cases to influence Sarbanes-Oxley? The famous Enron case. The Enron scandal was revealed in October 2001 and led to the bankruptcy of the Enron Corporation, an energy company based out of Texas. The case also led to the downfall of Arthur Andersen, which was one of the five largest accountancy partnerships in the world at the time. Enron hid billions worth of debt in their accounts from failed projects and deals.

Sarbanes-Oxley compliance means that financial organizations have to very carefully document and disclose their internal audit controls and ethics, as well as employee activities. The Sarbanes-Oxley Act is really about preventing corporate fraud, but it has huge implications for the data preservation and email archiving.

The act makes it illegal to falsify documents or to destroy them, and requires auditors to keep records for five years after an audit. This links in with email retention policies as a result.

Download our free whitepaper "Email Archiving - Simple steps to Compliance" for help in achieving full compliance in your organization.