Are Attachments Weighing Down your Email Server? 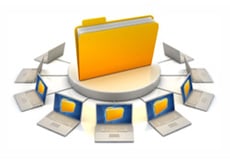 Attaching images to emails is commonplace. Graphic-rich emails are being sent on a daily basis. From holiday photos, graphs or design proofs users are sending large attachments without giving it any thought. But businesses should give it some thought. These attachments could potentially take up a lot of space on email servers, slowing them down and running the risk of a crash. So what can be done to avoid this strain on your hardware? Should you implement limitations or relieve the pressure on the server with effective email archiving.

One possibility is to implement an attachment limit on your company’s email. This however does carry some risks. If you implement a limit on the size of an attachment an employee sends, this could result in some emails failing as the server will reject them if the attachment is to big. Futhermore, the quality of attachments such as design proofs or documents could suffer as the file is reduced for sending. If a limit on the size of attachments received is put in place, emails may go undelivered posing a very large risk that important communication could be lost.

An email archiving system can relieve the strain on email servers weighed down with graphic-heavy emails. Email archiving allows your users to continue using their email as they are accustomed to but takes the stress of holding old emails away from the email server. This can improve the performance of your server and ensure important emails are not lost due to attachment limits or system failures.

The right email archiving system can relieve the pressure on your email server while still maintaining the integrity of your communications. Eliminating the need for deleting large files or imposing limits eliminates the risk of something being lost or missed. Consider how email archiving could be your business’ answer to weighty emails.