In what is a bizarre story of low level corruption (or at least, attempts to corrupt), Arizona citizens may just get their way after an email archive was used to show that a traffic camera company tried to influence a city mayor in their favor. 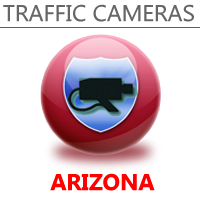 The former vice president for an Arizona-based traffic enforcement camera company last year tried to recruit the mayor of Mukilteo in finding somebody to “use” in bringing a lawsuit, which attempted to block a voting process on an anti-camera initiative. The evidence used against the company comes from Bill Kroske, a top exec at American Traffic Solutions Inc. who sent the email to the city mayor. Because email archiving and compliance is strictly enforced,

the email is available for use as evidence in a court case, and is available as public information under the public records act.

The mayor apparently ignored the email message. But citizens of Arizona and critics of the camera company say that the email is evidence of how far the company is willing to go to prevent voters from having their say on the use of the

devices. The cameras are used to detect and record traffic misdemeanors like running red lights and speeding in school zones. Obviously this is not a popular practice, but in Arizona the citizens often get the vote on practices such as this.

A public records request meant that the Mukilteo government had to

hand over the email to news sources. This is why email archiving and compliance are so vital to all organizations. IF this data is unavailable, it can implicate your business in a cover-up and cause huge fines and reputational damage.

Find out why orgranizations have to archive their email - download this free white paper on the Benefits of Email Archiving.